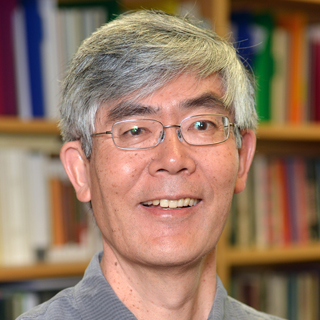 Hiroshi Motomura is the Susan Westerberg Prager Professor of Law at the UCLA School of Law. His book, Americans in Waiting: The Lost Story of Immigration and Citizenship in the United States (Oxford 2006), won the Association of American Publishers Professional and Scholarly Publishing (PROSE) Award as the year’s best book in Law and Legal Studies, and is on the U.S. Department of State’s Suggested Reading List for Foreign Service Officers. He has published many influential articles on immigration and citizenship, has co-authored two law school casebooks: Immigration and Citizenship: Process and Policy (8th ed. 2016), and Forced Migration: Law and Policy (2d ed. 2013), and serves on the Editorial Board of the International Migration Review. His book, Immigration Outside the Law (Oxford 2014)—a comprehensive study of undocumented immigration to the United States—won the 2015 PROSE Award in Law and Legal Studies.

Professor Motomura has testified in Congress and served as volunteer co-counsel or consultant in many cases and policy matters. He has been a member of the American Bar Association’s Commission on Immigration and an outside advisor to the Obama-Biden 2008 Transition Team’s Working Group on Immigration Policy. He is a founding director of the Rocky Mountain Immigrant Advocacy Network (RMIAN) and Vice Chair of the Board of Directors of the National Immigration Law Center. He has received several teaching honors, including the UCLA Distinguished Teaching Award in 2014, and was one of 26 law professors nationwide profiled in What the Best Law Teachers Do (Harvard 2013).