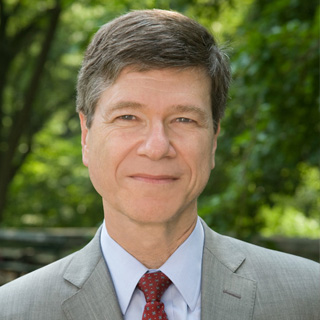 Jeffrey D. Sachs is a world-renowned professor of economics, leader in sustainable development, senior UN advisor, bestselling author, and syndicated columnist whose monthly newspaper columns appear in more than 100 countries. He is the co-recipient of the 2015 Blue Planet Prize, the leading global prize for environmental leadership. He has twice been named among Time Magazine’s 100 most influential world leaders. He was called by the New York Times, “probably the most important economist in the world,” and by Time Magazine “the world’s best known economist.” A recent survey by The Economist Magazine ranked Professor Sachs as among the world’s three most influential living economists of the past decade.

Prior to joining Columbia, Sachs spent over twenty years as a professor at Harvard University, most recently as the Galen L. Stone Professor of International Trade. A native of Detroit, Michigan, Sachs received his B.A., M.A., and Ph.D. degrees at Harvard.

Session I: Economics, The Environment, and Mass Migration