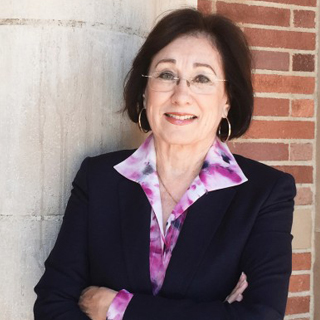 Patricia Gándara is Research Professor and Co-Director of the Civil Rights Project at UCLA. She is also Chair of the Working Group on Education for the University of California-Mexico Initiative in which she is spearheading a number of California-Mexico education projects. Gándara is a fellow of the American Educational Research Association (AERA), the National Academy of Education, the Rockefeller Foundation Bellagio Center in Italy, the French-American Association at Sciences Po Graduate Institute, Paris, and an ETS fellow at Princeton, New Jersey. In 2011 she was appointed to President Obama’s Commission on Educational Excellence for Hispanics, and in 2015 received the Distinguished Career Award from the Scholars of Color Committee of the American Educational Research Association.

Recent articles and book chapters, published in 2015, include “Charting the Relationship of English Learners and the ESEA: One Step Forward and Two Steps Back,” Russell Sage Volume on ESEA at 50; “Educating English Learners in the Aftermath of Horne v Flores,” In S. Biegel, R. Kim, & K. Welner, Education and the Law, Fourth Edition. New York: West-Thomson/Reuters (American Casebook Series).

Her most recent books include The Latino Education Crisis (2009) with Frances Contreras, from Harvard University Press; Forbidden Language: English Learners and Restrictive Language Policies (2010) with Megan Hopkins, from Teachers College Press, and The Bilingual Advantage: Language, Literacy, and the U.S. Labor Market (2014), with Rebecca Callahan, a compilation of studies that demonstrates the economic value of biliteracy in a rapidly globalizing world.
Gándara’s recent reports include “Making Education Work for Latinas” (2014, Civil Rights Project with Eva Longoria Foundation) and “Fulfilling America’s Future: Latinas in the U.S. 2015” (2015, Civil Rights Project and the White House Initiative on Educational Excellence for Hispanics).