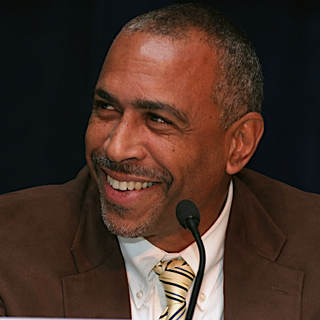 Pedro Noguera is the Distinguished Professor of Education at the Graduate School of Education and Information Studies at UCLA. His research focuses on the ways in which schools are influenced by social and economic conditions, as well as by demographic trends in local, regional and global contexts.  He is the author of twelve books and over 200 articles and monographs. He serves on the boards of numerous national and local organizations and appears as a regular commentator on educational issues on CNN, MSNBC, National Public Radio, and other national news outlets. Prior to joining the faculty at UCLA he served as a tenured professor and holder of endowed chairs at New York University (2003 – 2015) Harvard University (2000 – 2003) and the University of California, Berkeley (1990 – 2000). From 2009 – 2012 he served as a Trustee for the State University of New York (SUNY) as an appointee of the Governor. In 2014 he was elected to the National Academy of Education. Noguera recently received awards from the Center for the Advanced Study of the Behavioral Sciences at Stanford University, from the National Association of Secondary Principals, and from the McSilver Institute at NYU for his research and advocacy efforts aimed at fighting poverty.

Abstract: Closing the Empathy Gap: The Role of Education in Overcoming the Crisis of Connection

Session III: Closing the Empathy Gap: The Role of Education in Responding to the Crisis of Connection